In 2000, Philippe de Spoelberch pollinated the white Magnolia x soulangeana 'White Giant' with our white Magnolia 'Leda' (one of our selections). 5 years later, the plant had large, pure white flowers with a diameter from 23 to 30cm, on the naked branches. Although the flowers are large, they remain upright. The pink stamens contrast nicely with the nine white tepals. A soft pink zone can sometimes be seen at the base of the petals. In autumn, the large, obovate leaves become yellow beige. The tree flowers abundantly in March, beginning of April, and has a wide, oval, symmetrical crown with upright stem. At the age of 20 years, it has reached a height of 10m and is 6m large. Philippe de Spoelberch named it Sybille, after his oldest sister. 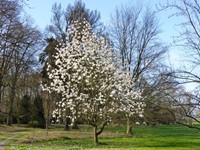 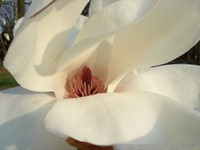 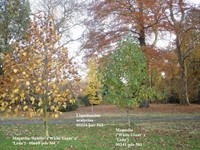 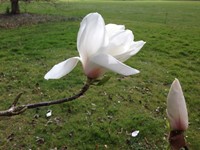 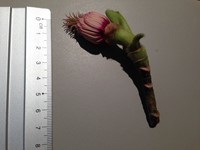 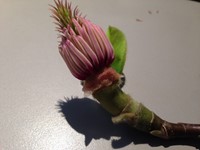 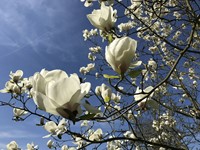 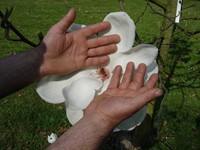 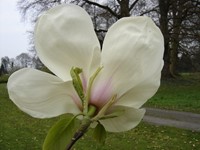